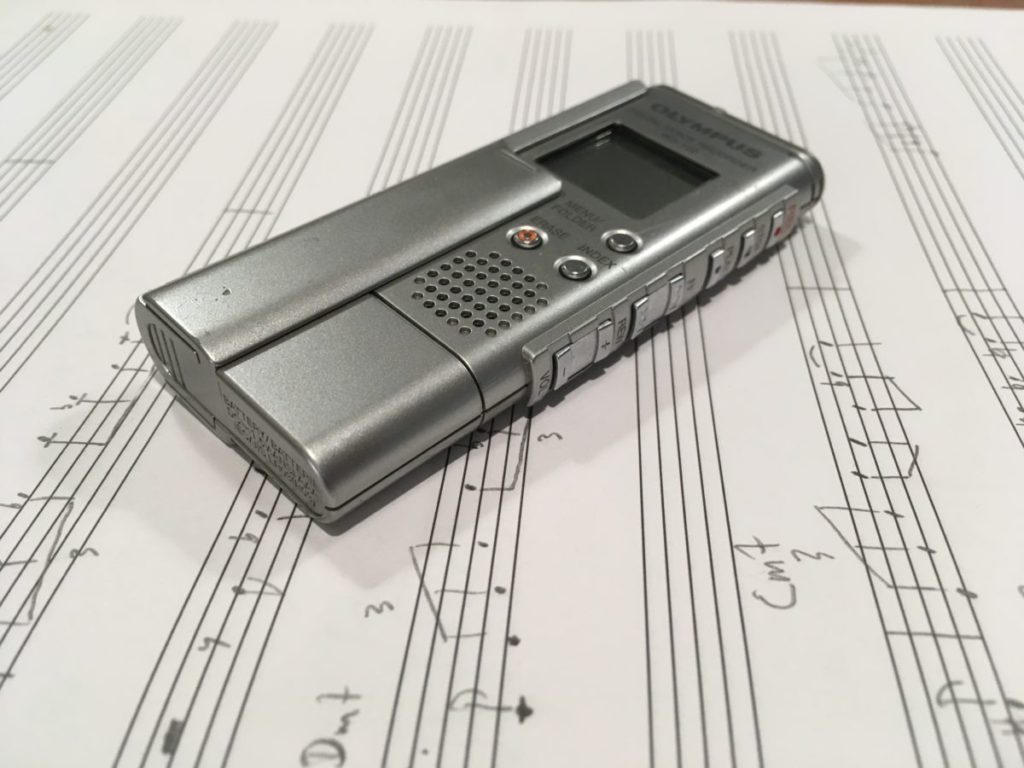 I recently dug out my (now prehistoric) dictaphone that I used when I was a student at the Academy of Contemporary Music in Guildford between 2005 and 2008 and set about reviewing all of the lessons, concerts and masterclasses that I had bootlegged over the course of my degree.

One of the highlights was Janek Gwizdala’s clinic that I attended in March 2007. I’d actually met Janek the year before when I’d turned up to a sight reading lecture and found him as an unannounced guest lecturer for the class – I’d never heard of him before and was immediately inspired by both his playing and his outlook on music. So, when I heard that he was returning to give a more ‘officical’ masterclass the following year I made a point of attending with my trusty dictaphone at the ready.

Of course, it took me a decade to get round to doing anything with the recording, but better late than never…right?

The audio quality of the original file was absolutely vile, so I’ve done my best to clean it up and EQ it to provide some semblance of clarity. I’ve fully transcribed the speech (notice how almost everything he mentions is ‘super important’) and wrote down the playing excerpts that I thought might be most relevant – I don’t own a bass with a C string (I share Gary Willis’ opinion that they ‘sound like a cat, and not in a good way’) so I skipped much of the high-register chordal stuff. You can, however, steal all of his George Benson licks.

Part 1 of the clinic deals with Janek’s thoughts on transcription, including things that he ‘ripped off’ from great players including Pat Metheny, Allan Holdsworth and George Benson:

The pdf of the transcription can be found RIGHT HERE

Groove Of The Week #45: Michael Jackson - 'Get On The Floor'