I have a confession to make: Although I have a deep appreciation of all things musical there’s one genre that I always come back to… metal. Proper metal. Played by angry men with pointy guitars and beards; I was raised on classic rock (Led Zep, Sabbath, Deep Purple etc) and from there I spent my teens exploring the heavier end of the musical spectrum – I went through thrash metal (early Metallica/Megadeth), briefly delved into death metal (Carcass, Opeth, Children of Bodom) and even a had dubious metalcore phase before finding a handful of bands that made the sort of noise that really appealed to me…

One of those bands is Meshuggah.

This track caught my attention because it clearly highlights one of the band’s trademark writing techniques; the interwebs are littered with people asking ‘What time signature is this Meshuggah tune in?’. Whilst the majority of Meshuggah’s compositions sound as if they’re in odd time signatures the vast majority are in 4/4 – it just seems that the guitars have a healthy disregard for bar lines…

The intro of ‘Do Not Look Down’ comprises of a unison guitar/bass figure that lasts for 17 quavers (or their equivalent) before repeating. When played over a drum part that in 4/4 this creates a shifting rhythmic effect where the accent at the start of the figure emphasises a different point in the bar each time it repeats. 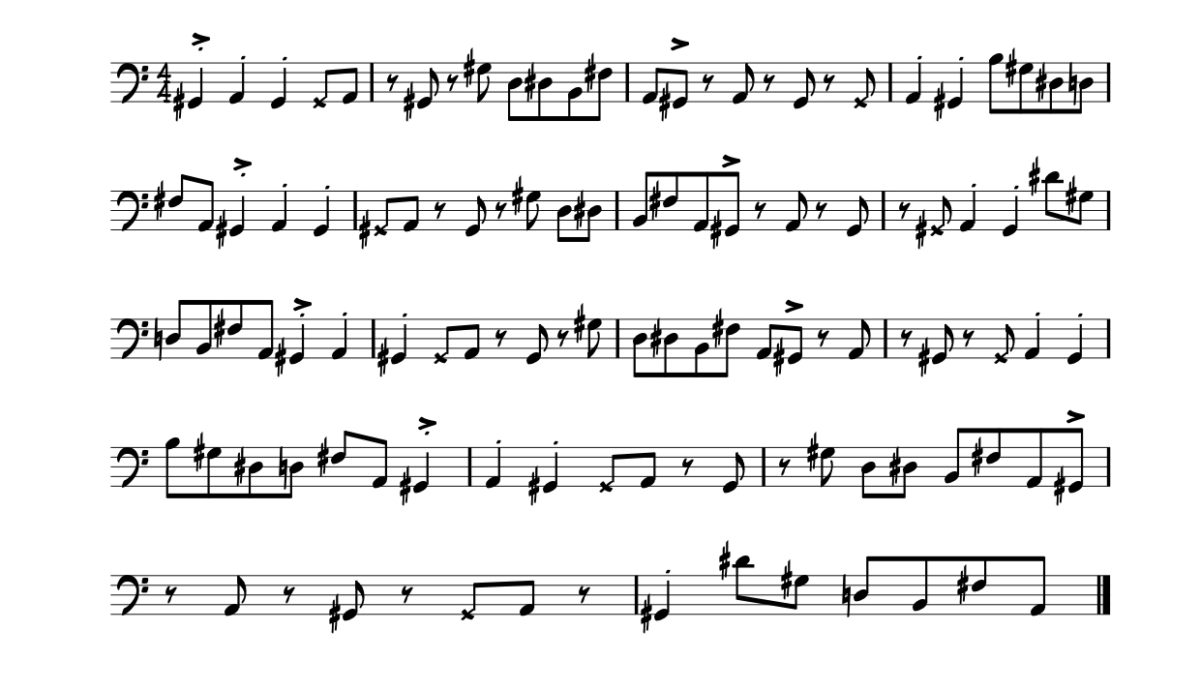 The accent first falls on beat 1, then the ‘and’ of 1, then beat 2 etc. After 7 cycles we’re back to starting on beat 1 again. This could also be written as alternating bars of 4/4 and 9/8, or in the horrendous meter of 17/8, but what we’re really hearing is the effect of two different time signatures being played at the same time (i.e. polymetric playing)

The main purpose of this post is to highlight the concept of using polymetric devices to add a new dimension to compositions. This idea could easily be adapted to create basslines that use odd groupings of quavers (e.g. 5, 7 or 9) to create rhythmic tension when played over a drum part in 4/4.