Tom Kenrick
1 Comment on Groove Of The Week #55: Incognito – ‘Colibri’ 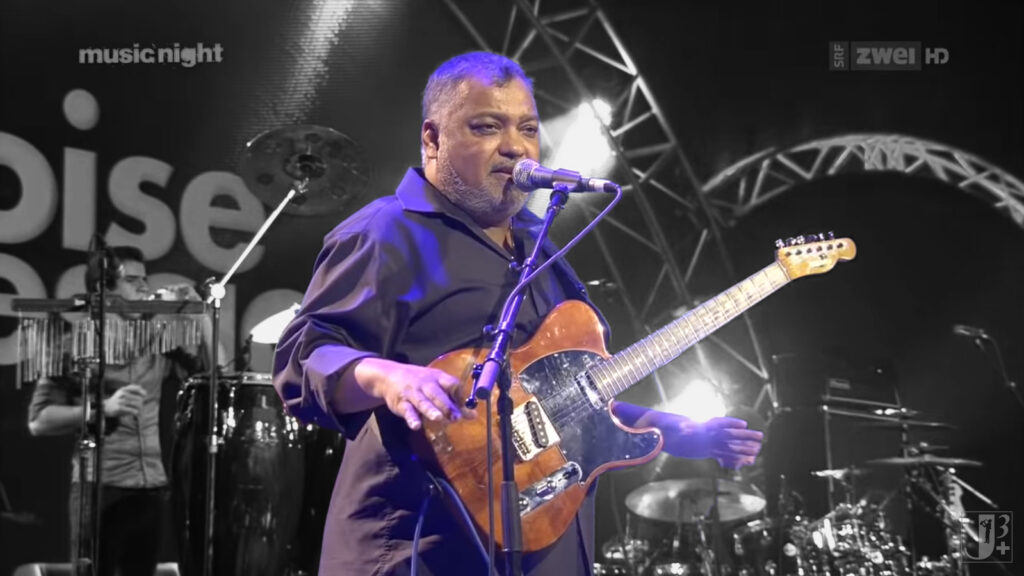 If there was one album that irreversibly changed the course of my bass playing at a pivotal point in my development, then it was Incognito’s Tribes, Scribes and Vibes (1992). My first term at music college was something of a rude awakening in that I started to realise the sheer volume of things I didn’t know but really needed to; I had arrived at college unable to read, deficient in repertoire and with ears that barely functioned. In short, I had my work cut out.

One of my tutors put me on to Incognito (among other things) in order to broaden my musical horizons and I was immediately hooked. Admittedly, some of the vocal stuff was – and still is – a bit too ‘smooth’ for my tastes, but I certainly couldn’t fault the bass playing. I dutifully set about trying to steal as much as possible from every tune on the Tribes, Scribes and Vibes album, including ‘Colibri’:

‘Colibri’ is something of a homage to the humble double chromatic approach (approaching a chord tone from two consecutive semitones above or below). In fact, the root note of almost every chord is approached in this way:

There some awkward elements to the ‘Colibri’ groove (the D to F leap in bar 2 and the final trill) which bugged me for years until I learned about how the bass was recorded – or, more accurately – programmed. I had assumed that the low end had been taken care of by the very talented Randy Hope-Taylor; I knew he was great, but I couldn’t figure out how he managed to get certain intervallic jumps to sound absolutely seamless. The answer came from a Talkbass thread that confirmed that the bulk of the basslines on the album had been played on keyboards by multi-instrumentalist Richard Bull, who was able to divulge details of how he got the bass sound:

…from memory, it comes from the Bob Clearmountain Percussion & Bass Library, (a 5 string Music Man bass) specifically, the D.I. samples but only 5 of the available set; F1, C2, F2, C3 & F3. They were sampled into an Akai S950, and at the time, I was using Steinberg’s Cubase on an Atari Falcon computer. The bass was not ‘performed’ via Midi keyboard but programmed manually by mouse. Unlike today’s bass libraries, trills weren’t available, so they had to be mimicked using Pitch bend!

So, we’re hoping to imitate a keyboard that’s trying to sound like a bass. Strange, no?

If you’re unfamiliar with Randy Hope-Taylor, who did contribute a stunning bass solo on the track ‘Magnetic Ocean’ and was the subject of a previous Groove Of The Week (GOTW #39: Talkin’ Loud), you can see and hear him below talking about preamps and explaining how he wants to ‘bust some kidneys’:

How Joe Dart Got His Groove