Here’s where we left off last time. Meet the latest family member:

Oops. So much for the self-imposed gear ban, then. I also made sweeping statements in an earlier post about how I’d never go fretless. So how am I going to justify the purchase of an Ibanez Gary Willis fretless?

Well… It was cheap. The Ibanez GWB35 has a strong reputation for being a good value fretless, and I felt like it was a worthwhile investment. Given my recent conversion to Jaco-ism it was only a matter of time before my resolve weakened and I gave into the lure of the fretless bass, although I won’t be gigging it anytime soon – whilst previous owners have made some positive alterations to the bass, such as stripping away the original ‘none more black’ finish (so it closely resembles the more expensive GWB1005), the nut was re-cut at some point and the action got set so low that the strings were practically touching the fretboard. In spite of my best setup efforts, the bass isn’t playing as I’d like it to so it’s heading off to my local tech for some serious attention.

But hang on, isn’t low action a desirable thing? Surely it means that our fretting hand has less work to do and prevents our plucking hand from wasting energy – doesn’t Gary Willis himself state that digging in too much is “the worst thing you can do on a fretless”?

I agree, up to a point. But if it’s one thing I can’t abide, it’s ‘string ticklers’.

Let’s get one thing straight: Gary Willis is, in my opinion, a total genius. He has one of the most highly evolved right hand approaches around, is an absolute master of playing across a huge dynamic spectrum and (to my ears, at least) is one of the few fretless bassists who doesn’t stand in the shadow of Jaco.*

But I disagree with his views on tone production – Willis advocates playing with a light touch and cranking the amp to get appropriate onstage volume, while I believe that giving the string more energy (notice I didn’t use the phrase ‘playing harder’) results in more authoritative playing and a superior tone.

Tone is in the ear of the beholder, as it were.

*For reference, the late Percy Jones is pretty much the only other fretless player who really grabs my attention. Sorry, Pino.

This was crystallised for me during a clinic given by Todd Johnson when I was at university (some readers will already be aware that Todd Studied extensively with Gary, so their right hand philosophies are similar). Todd was discussing the ‘floating thumb’ technique and advocating playing with a light touch and letting the amp do the work, and he demonstrated this by playing an Earth, Wind and Fire groove. Whilst there was no debating that he was playing the right notes in time and in the correct order there was something missing – it didn’t groove in the same way that Verdine White’s version does.

The reason? In my opinion, the right hand wasn’t being viewed as the principle source of the sound.

I say this as a reformed string tickler. Check out my mark sheet from an assessment at university: 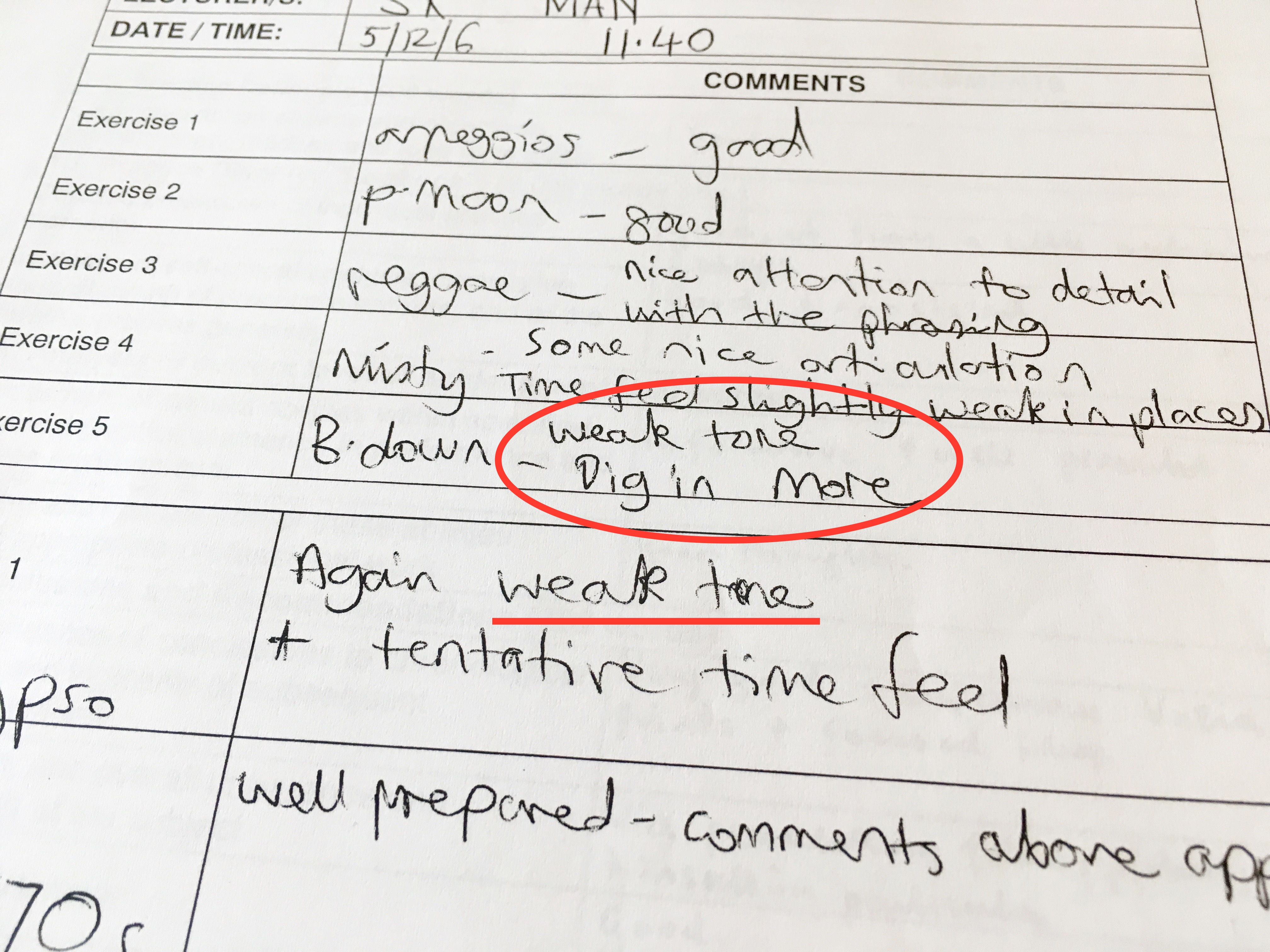 Nothing makes you go home and get your shit together quicker than seeing the words WEAK TONE used to describe your playing.

Fusion, With A Capital ‘F’

Anyway, here’s Groove of the Week #35, which features yours truly playing one of Gary Willis’ most famous lines with a not-so-light touch:

And here is the ‘Face First’ transcription: 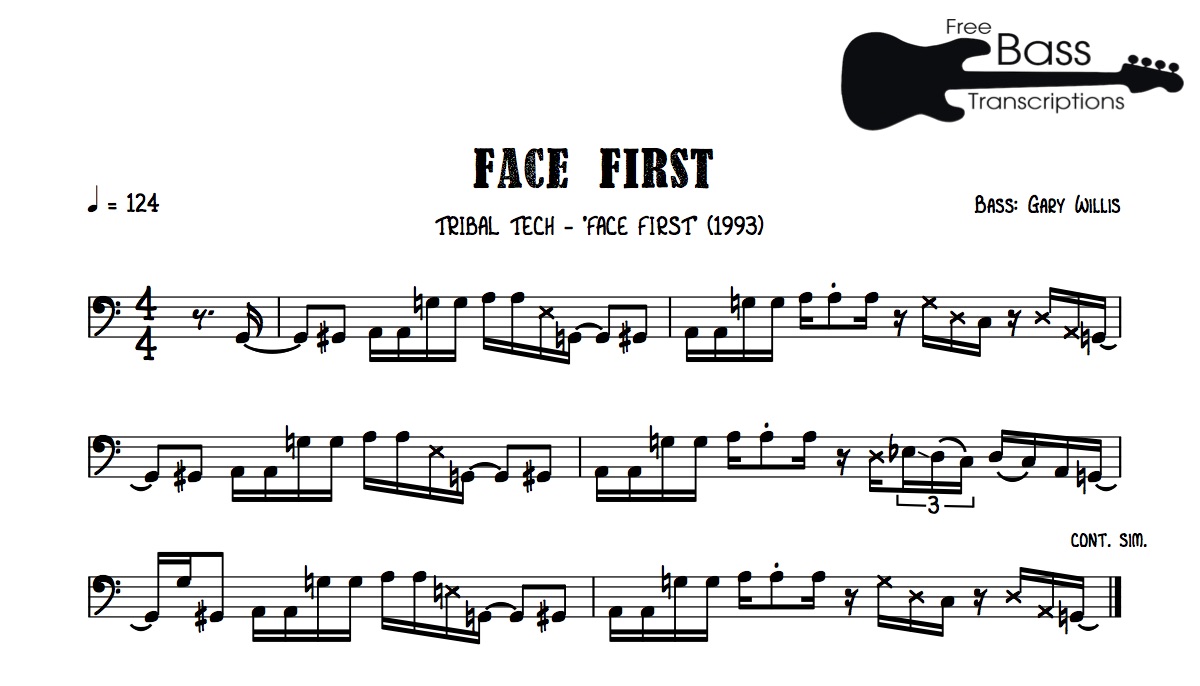 As with the groove from Jaco’s ‘Come On, Come Over’ that was transcribed in the last post, Gary’s line on ‘Face First’ features frequent use of right hand raking to play ghost notes. I’ve chosen to notate the open strings that I rake rather than attempting to pitch the muted notes.

On Wednesday we lost Rod Temperton. Who? Keyboard player in 1970’s disco outfit Heatwave and pop writer extraordinaire. He wrote this:

Probably the funkiest man to come out of Cleethorpes. You’ll be sorely missed, Rod.

MJ’s ‘Off The Wall’ album is one of my go-to CDs for driving to and from gigs – expect to see a few of Louis Johnson’s classic lines appearing on the transcriptions page over the coming months.