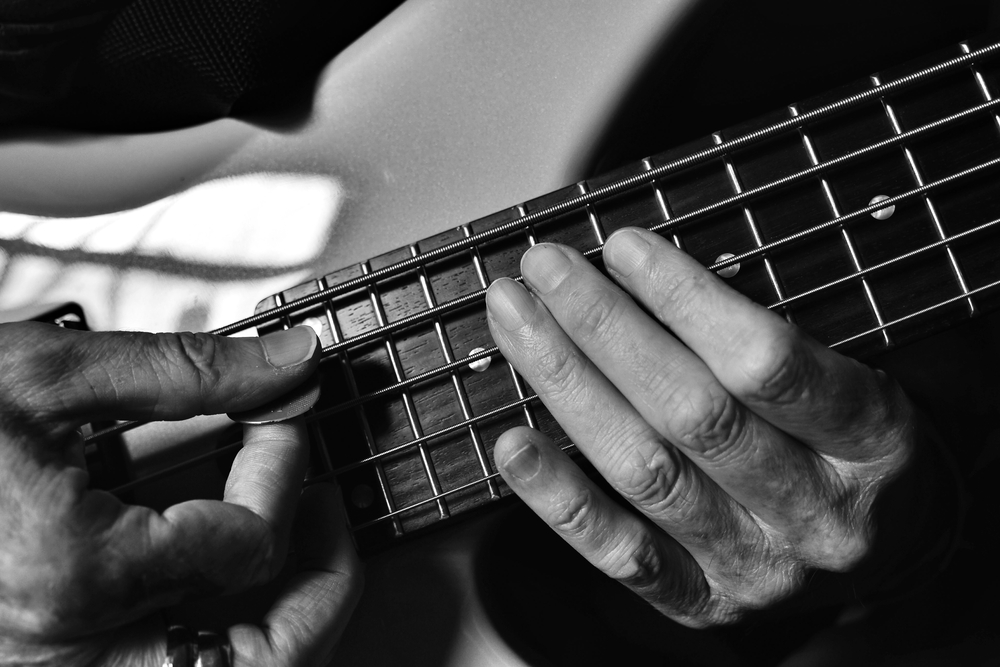 Metal is one genre of music that most people don’t associate with the word ‘groove’, but this series of posts is designed to explore the low end from a variety of sources and expose readers to bassists, basslines and techniques that they might not have encountered before.

Tool’s ‘Forty Six & 2’, taken from their breakthrough album Aenima (1996) is anchored by Justin Chancellor’s hypnotic bass riff, which is played with a plectrum and features a pedal point provided by the open D string combined with hammer-ons and pull-offs:

If you’re not used to playing with a pick (or simply reluctant to use one) then this a good introduction to plectrum technique.
The key to executing this line smoothly is strict alternation of down and upstrokes with the pick (every note on the D string is a downstroke, every picked note on the G string is an upstroke).

It’s worth noting that plectrums are not solely reserved for metal, punk or rock playing – it’s entirely possible to play funk with a pick (as we’ve seen in a previous post featuring Anthony Jackson).

I’m still amazed by many bassists’ resistance to using a pick and the prevalence of ‘pick vs fingers’ discussions on bass forums – the choice of fingers or plectrum should be determined by the tone that you want from your bass rather than what your technique obligates you to do. Neither is superior, it purely depends on which is more appropriate for the music that you’re playing.

If you’re still in the anti-plectrum camp, then I strongly urge you to spend a week listening to Bobby Vega play and then see if your opinion hasn’t changed: