Tom Kenrick
No Comments on Groove Of The Week #27: Weather Report – ‘River People’ 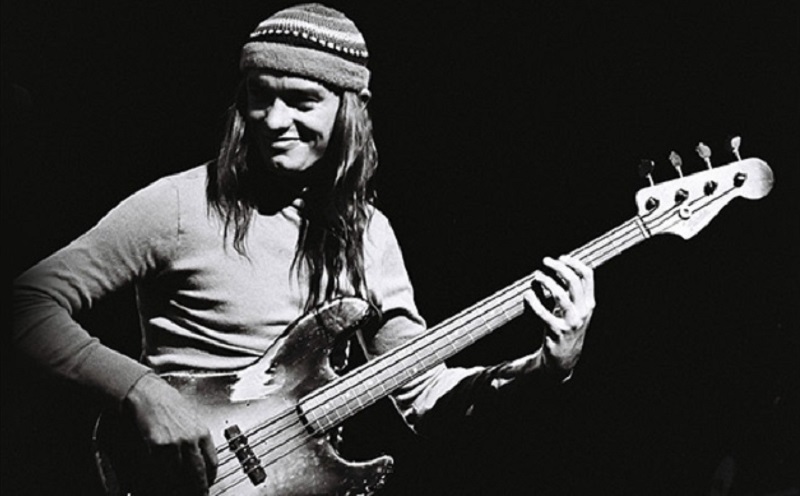 27 posts into Groove Of The Week and we haven’t yet heard from Jaco Pastorius – let’s change that.

There are plenty of Jaco lines to choose from, and while he’s often remembered for his pyrotechnics his sense of groove was unparalleled. Part of the reason that he was able to get away with being such a busy player is that his touch and time on the instrument was always faultless.

Pastorius staples such as ‘The Chicken’ and ‘Teen Town’ get plenty of exposure, but ‘River People’ (from Weather Report’s Mr.Gone) seems to be less well known among bassists.

While it doesn’t sound as tough as other Jaco workouts like ‘Havona’ or ‘Donna Lee’, the challenge here is one of stamina. Executing (and maintaining) the line at tempo requires plenty of stamina and provides a great workout for those of us who feel that our 16th-note octaves need some refinement:

Last month I attended the UK premiere of Robert Trujilo’s ‘Jaco’ documentary, which I highly recommend even if you have only a passing interest in the man and his music. Even if you’re not a fan of his recorded output there is no debate that he completely altered the destiny of the electric bass and influenced everyone else who came after him, whether they acknowledge it or not.

Jaco was our Hendrix, and should be revered as such. Often imitated, but seldom bettered.

He could also play the hell out of the piano:

Gear / AdviceGOTW 2Groove of the Week

Groove Of The Week #26: Jackie Wilson - 'Higher and Higher'