All The Gear, No Idea: 18 Months With The Noble Preamp

Tom Kenrick
7 Comments on All The Gear, No Idea: 18 Months With The Noble Preamp 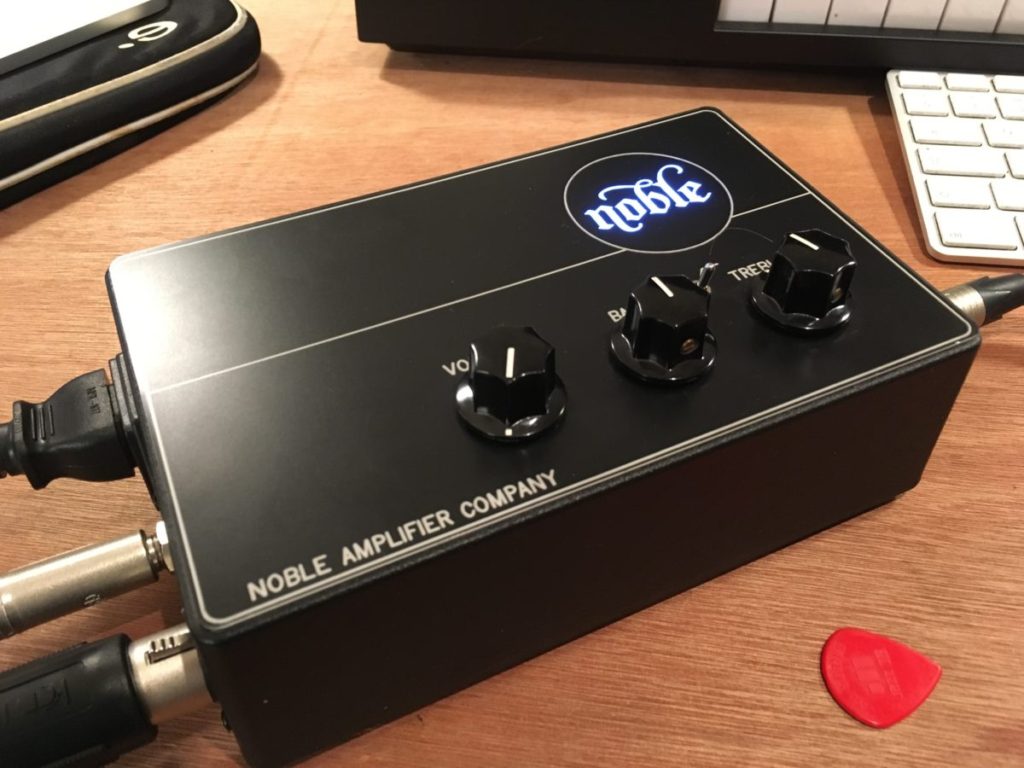 Having previously documented my struggles with gear addiction (the post on my issue with hoarding equipment can be found HERE), I’ve decided to make 2017 the year that I do something positive with the numerous bits of kit that I’ve stockpiled over the last few years. It seems that the most pragmatic approach to neutralising my urge to buy shiny new gear is to actually sit down and make full use of the things that I already own – I’ve definitely been guilty of testing new pedals for the first time on a gig, which is something I’d suggest that you NEVER, EVER do (my bandmates are very long-suffering).

Here’s my first attempt at an in-depth gear review. I chose to start with the Noble Preamp DI, which has been a staple of my setup since I bought it 18 months ago. It’s probably the piece of gear that I get asked the most questions about from other musicians, sound engineers and producers whenever I take it to a gig or record with it – which is pretty much all the time:

Built like a tank and with a number of very practical features for the working bassist, the Noble is by no means a ‘magic bullet’ but definitely falls into what I’d term the ‘Swiss army knife’ category for gear; it cuts down the time that I need to spend thinking about what gear to take on a gig, and actually reduces the number of items that I need to pack in the car or lug on public transport.

Interested in finding out more about the Noble Preamp? Visit the Noble Amps website or feel free to ask me a question in the comments section.

On egos and octave pedals: putting the 'fun' back into functions