GOTW 1 Groove of the Week 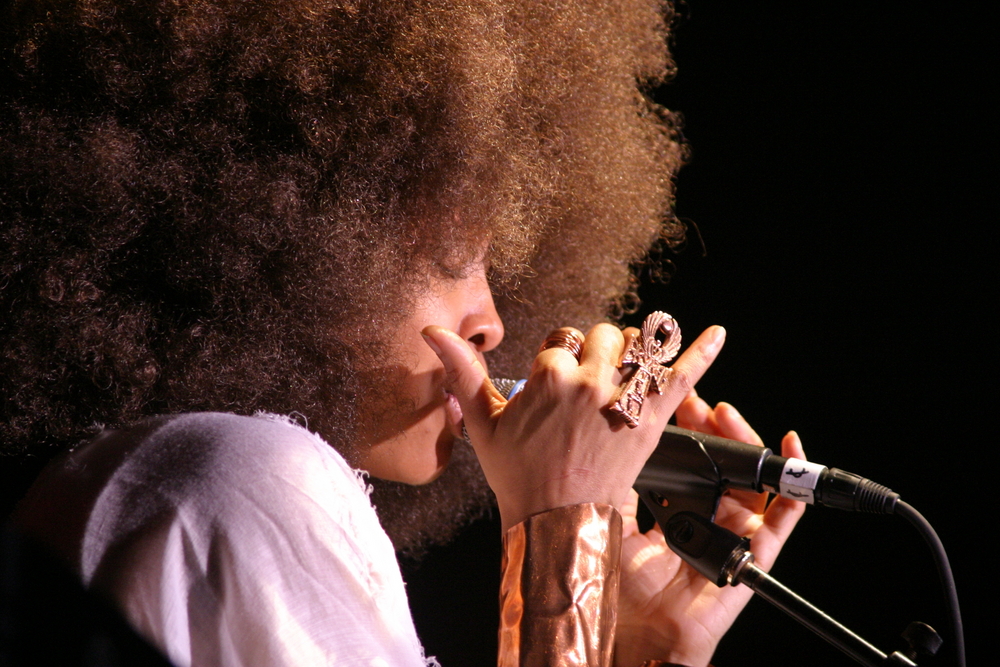 Whilst I’m trying my best to provide transcriptions from a variety of players over the course of this year’s Groove Of The Week series there are some bassists that I just can’t stop listening to. Pino Palladino is one of them.

We’ve already heard from Pino on D’Angelo’s The Charade, and this week’s groove sees him laying down another great line on Erykah Badu’s ‘Didn’t Cha Know’:

There are two main grooves that Pino plays, both of which outline an Ebm tonality: 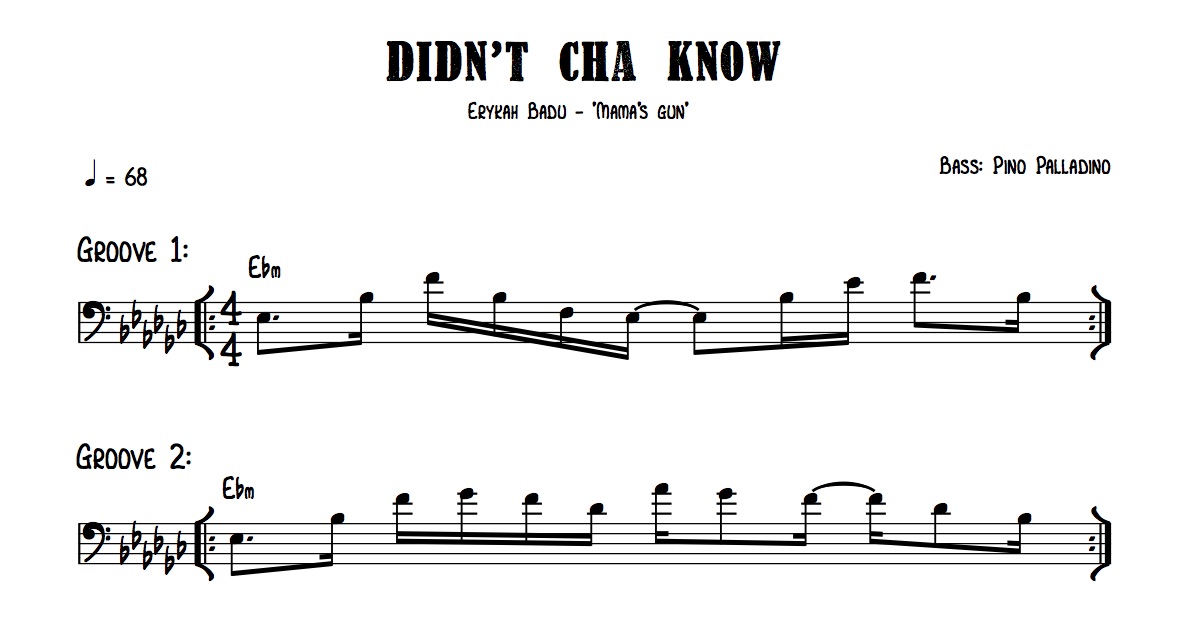 The first line makes frequent use of the 9th (F) and although it sounds relatively simple it might take some practice to get the descending 4th intervals to sound smooth.

Groove 2 makes further use of the upper extensions as Pino references the b7th, 9th and 11th (Db, F and Ab respectively).

Want to instantly incorporate this sound into your playing?

Easy! All you have to do is play a major triad down a whole tone on minor chords. In this case we have a Db major triad played over an Ebm chord – this is something Miles Davis and many other improvisers have made great use of (Miles’ classic solo on ‘So What‘ features a number of lines that feature this concept, including C major triad lines played over Dm7 harmony).

Groove Of The Week #10: Groove Collective - 'Everything Is Changing'