What Were You Doing At 16? – The Humble Brag – Doing The Work

Cast your mind back to when you were 16. What were you doing? (musically, I mean…)

I was probably trying to learn Cliff Burton’s ‘Anaesthesia (Pulling Teeth)’ solo from some TABs that I’d found on Activebass.com (oh, how times change).

I certainly wasn’t casually recording some unbearably funky picked bass with Sly Stone. But then again, I’m not Bobby Vega.

Here’s the transcription of teenage Bob’s groove on ‘I Get High On You’:

(now is probably as good a time as any to do some practice, no?)

Doing It Properly (For Self-Preservation)

A couple of weeks ago I found myself depping with a function band who were playing at a charity event. I got an email in the week before the gig informing me that the guest of honour would be (Madness frontman) Graham ‘Suggs’ McPherson.

(non-UK readers: Madness were a popular ska band in the 1980s. Apparently, they hold the record for most time spent in the UK singles charts from 1980-86. Thanks, Wikipedia)

Three tracks to prepare, no rehearsal, no discussion with Mr Suggs about arrangements. I’ll confess now that I spent way more time on those 3 songs than I’ve ever done on learning a First Dance for a wedding gig – not because I’m a big fan of Madness or I was expecting Suggs to turn around and offer me a gig at the end of it, but because the music deserved my time and my respect. You get out what you put in, it seems.

Performing hit songs with the person that wrote them was definitely a nerve-wracking experience but also hugely rewarding.

Here’s how the gig looked: 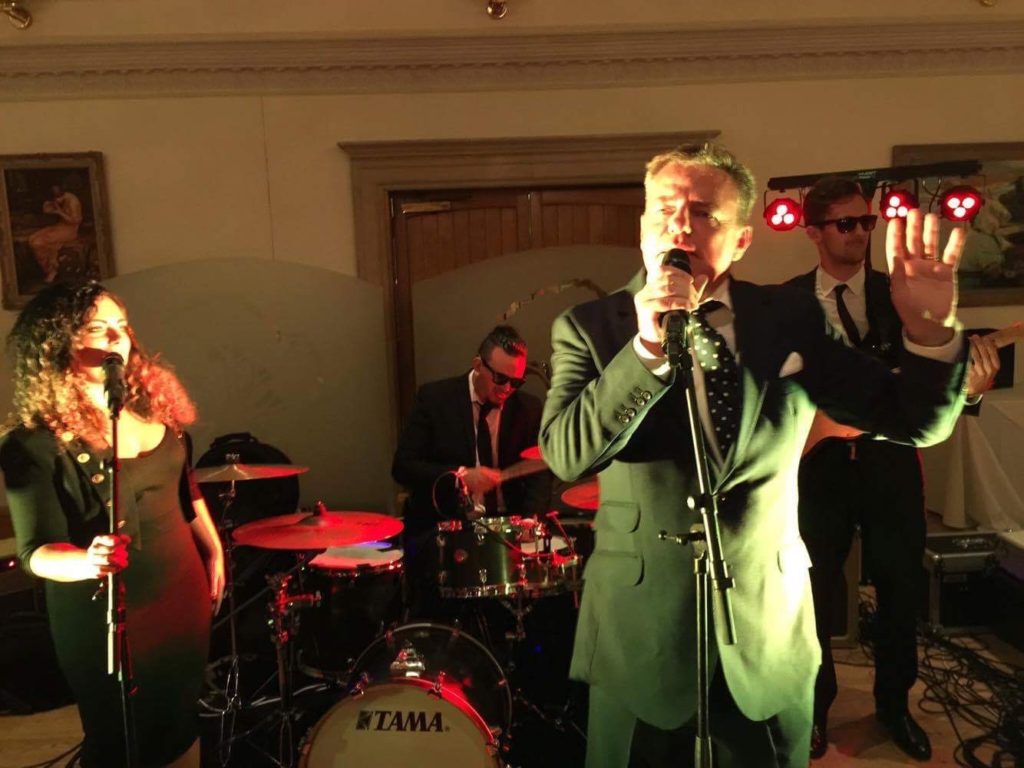 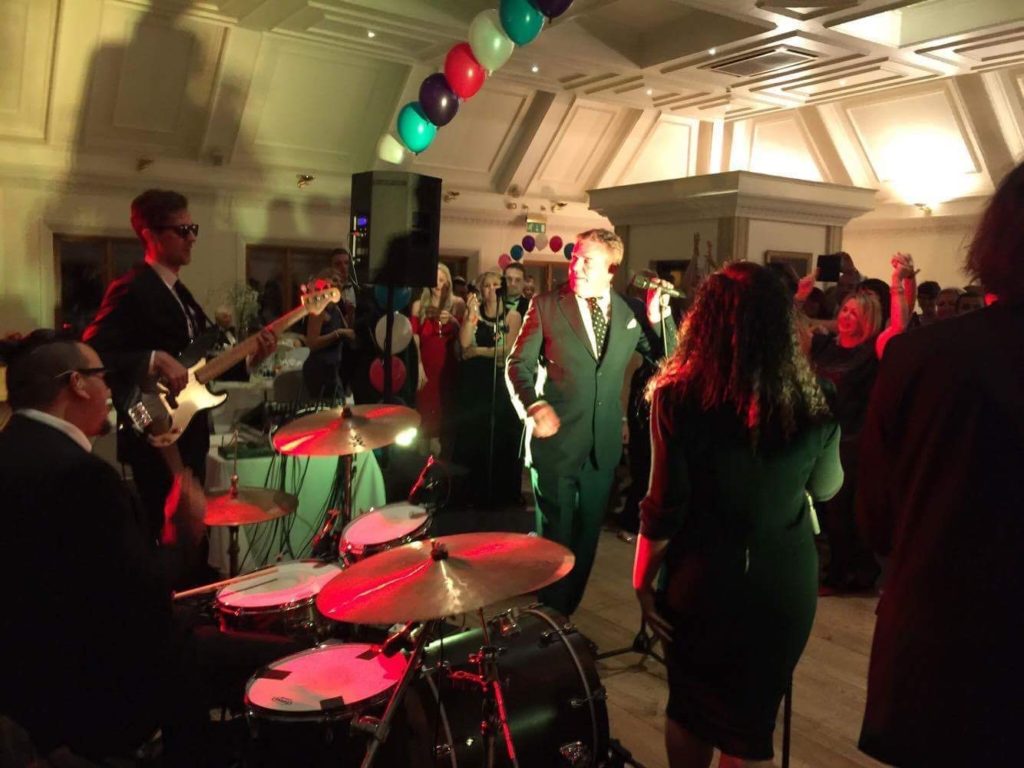 Charts of the aforementioned Madness tunes will appear shortly.

And no, sunglasses indoors were not my choice. I’m not that unbearable. Yet.

Doing It Properly (For Self-Perfection)

Enough with the clanging already, back to reality.

Sometimes opportunities come up that are extremely time-consuming and have little or no financial reward but are deeply fulfilling on a musical level.

If you’ve spent enough time on this blog you’ll know I’m a massive Wayne Krantz fanboy, so it’ll come as no surprise that when I was offered the chance to work on a project involving his material I wanted to get it right.

Cue lots of saturated listening to the original recording and live bootlegs and lots of swearing trying to figure out what the hell Lincoln Goines was up to.

And lots of coffee.

I even wrote out the dots by hand to aid memorisation of the part. Here’s the first page of scribbling: 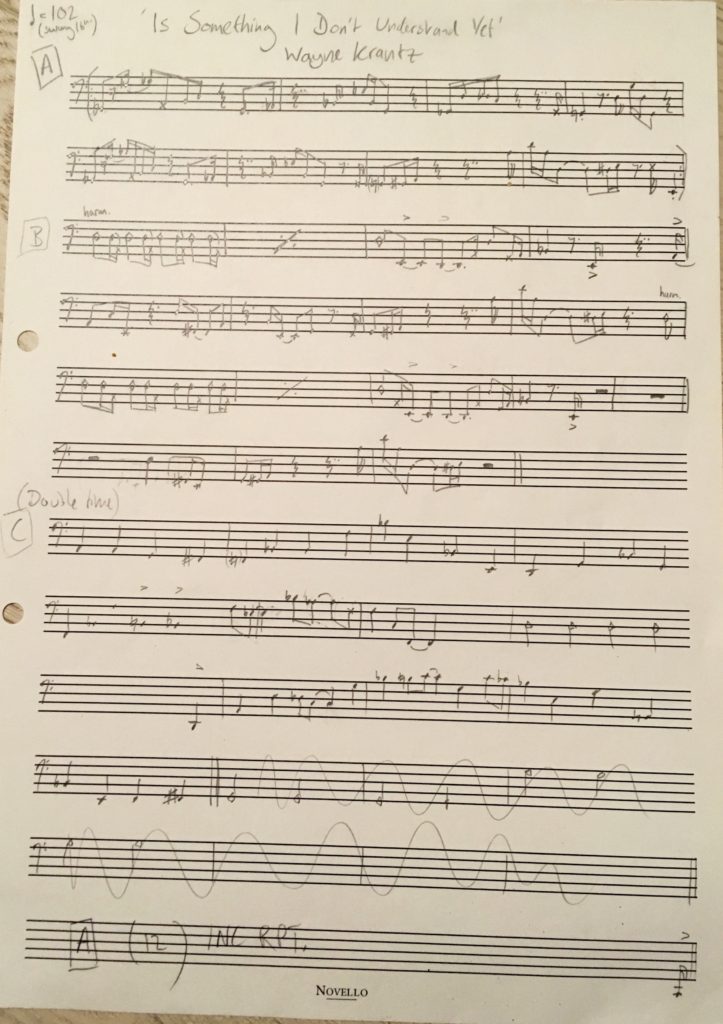 A few days before the session Wayne actually released the score for this tune. Sure, it would’ve saved me lots of hours if I’d had his chart in the first place, but I would have missed out on the process.

Here’s how it turned out. Makes a change from playing Lionel Richie on a Saturday night, that’s for sure: