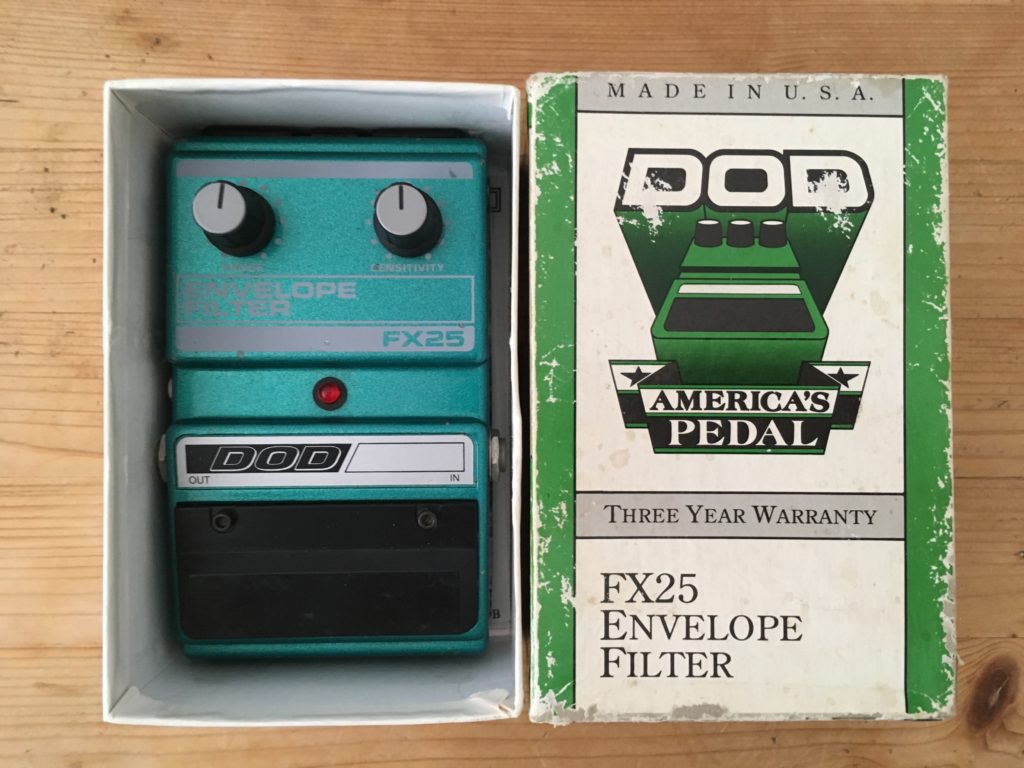 The DOD FX25 envelope filter pedal has become something of a cult classic – a simple, two-knob auto wah that gives bass players a variety of tones ranging from subtle vowel sounds to a full-on funk ‘quack’. The straightforward user interface and low price point make the FX25 a good starting point for bassists looking to experiment with envelope filters.

There are only two controls on the FX25:

The sensitivity control allows the user to dial-in how subtle (or otherwise) they want the effect to be; as with all envelope filters, the FX25 responds to changes in your plucking hand dynamics and for this reason it’s wise to place it towards the front of your signal chain if you’re using multiple pedals. As all envelope filters and autowah effects react to changes in playing dynamics it’s important that any compression happens after the effect.

The FX25 was manufactured between 1982 and 1997, after which it was replaced by the FX25B; the main difference between the two is that the FX25B has an additional ‘blend’ knob.

The DOD FX25 is now sadly discontinued, but there are plenty floating about on eBay and other second hand gear sites. Here’s an overview of the pedal’s features and a demo of some of the sounds that it’s capable of producing, both on its own and in conjuction with other pedals including octave, fuzz, and distortion:

Part of the pedal’s popularity can be attributed to the fact that Flea used an FX25 during part of his ‘Adventures in Spontaneous Jamming and Techinques’ instructional video. It can be heard here during a jam with Red Hot Chili Peppers’ drummer Chad Smith:

How To Transcribe Bass Lines