Bass Transcription: The Clash – I Fought The Law 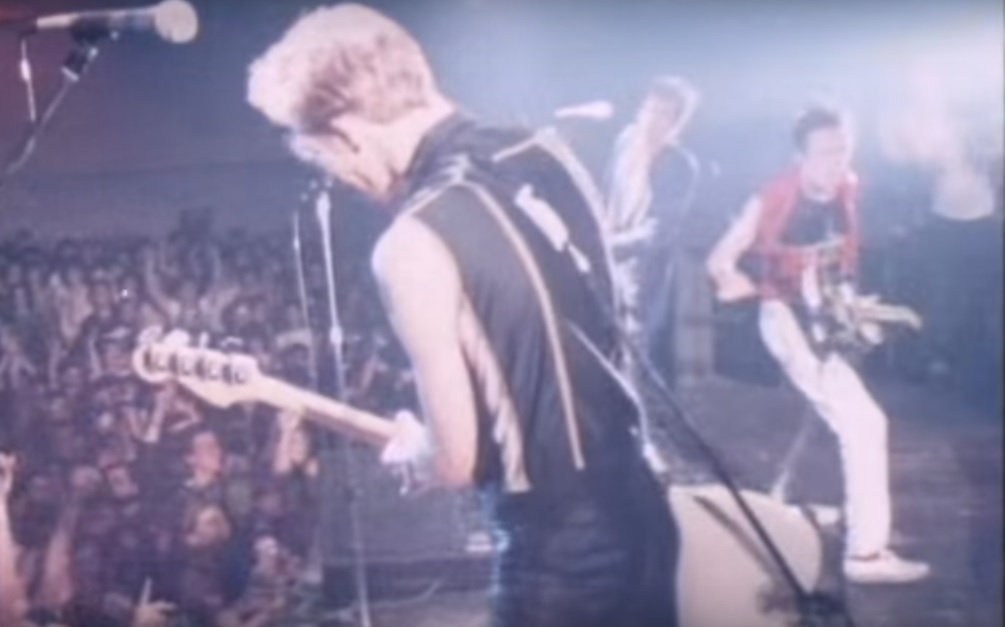 Taken from the 1979 EP The Cost of Living which hinted at The Clash broadening their musical horizons and adding American rock influences to the punk sound that had dominated their earlier releases, ‘I Fought The Law’ helped the band to get airplay in the United States and proved to be a popular component of their live set for many years.

Joe Strummer and Mick Jones first heard Bobby Fuller’s version of ‘I Fought The Law’ in 1978 on a jukebox at the studio where they were recording overdubs for Give ‘Em Enough Rope.  Here’s the video:

On returning to England, they developed their own version of the song, which (unsurprisingly) featured a much harder-edged sound than previous recordings by Bobby Fuller and Sonny Curtis – teenage friend and band member with Buddy Holly. The snarling, punk attitude of The Clash’s version means that you could easily imagine that the band actually had fought the law, possibly more than once.

Paul Simonon makes his entrance in ‘I Fought The Law’ in typical punk style, approaching the root of the first chord from a semitone below (a la The Sex Pistols’ ‘God Save The Queen’), a device that is used virtually every time the I chord (D major) comes around.

The Clash – I Fought The Law bass transcription

For the bridge section, the bass line switches from root notes to outlining ascending arpeggios of each chord (G major and D major), with each note of the arpeggio played twice; a classic rock ‘n’ roll bass pattern that gets a punk update courtesy of Simonon’s aggressive picked P-bass tone.

As far as performance notes go, for a change, here your top priority is attitude rather than the music– dig in to your bass and play every note like you really mean it.