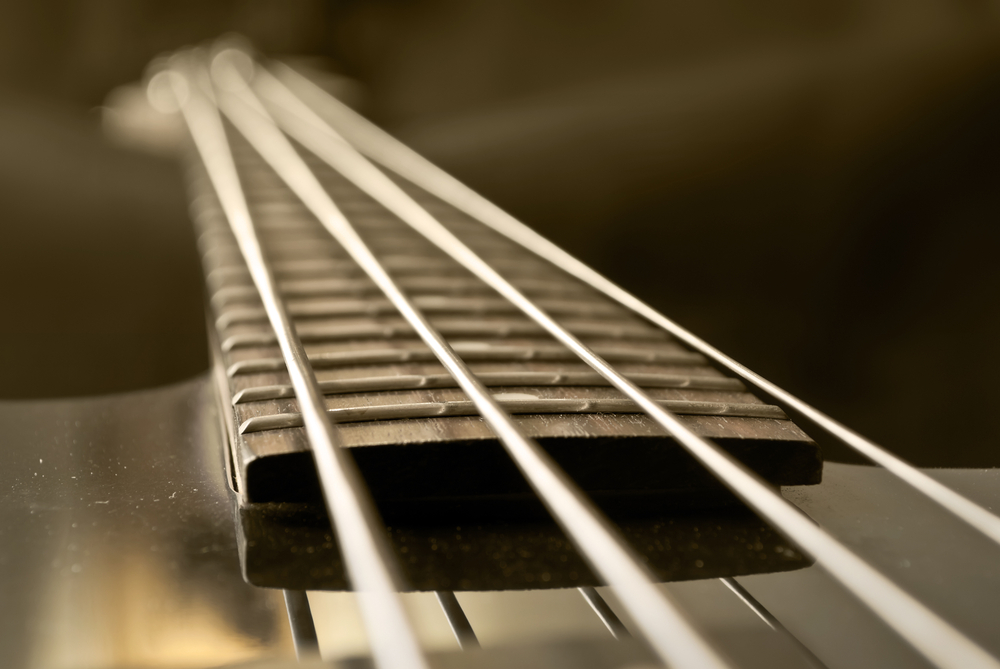 It seems fairly appropriate that the song that would define Fontella Bass’ career is built on, well, bass. From the very first bar it’s clear who’s driving the bus, so to speak; Louis Satterfield lays down a classic major pentatonic motif that serves as the song’s backbone. Released in 1965, ‘Rescue Me’ gave Fontella Bass her first (and only) number 1 hit in the US (the song peaked at number 11 in the UK).

As well as becoming a soul ‘standard’, the recording of ‘Rescue Me’ is significant for funk historians as it features a rhythm section that would go on to become members of Earth, Wind & Fire; Maurice White was on kit for the session and Louis Satterfield played trombone in the band between 1975 and 1983 – Louis also taught Maurice’s brother Verdine (yes, the Verdine White) to play the bass.

Let’s take a closer look at the bass line on ‘Rescue Me’. The opening bass phrase is built on the classic R’n’B/Motown/Soul trick of outlining a major chord using the root, 5th and 6th. This ‘bass cliché’ appears on numerous recordings by James Jamerson, Duck Dunn, Bob Babbitt and many others – Carol Kaye is also a fan of this approach, stating that substituting the 6th in place of the 3rd makes bass lines sound less ‘hokey’. Quite.

After the unison line that matches the horn part, Louis Satterfield takes his initial bass theme and adapts it to fit the changing harmony of the verse – he uses chord tones to build his line that weaves between the chords, including the non-diatonic G major and E minor in bars 3 and 4.

The bass part in the chorus mirrors the first bar of the song before switching to an ascending figure derived from a D major arpeggio – as with the verse, this can be played entirely in one position without too much stretching of the fingers.

Tonally, we’re in old-school bass country; think Precision Bass with the tone rolled off, flatwound strings and plucking close to the end of the fingerboard.