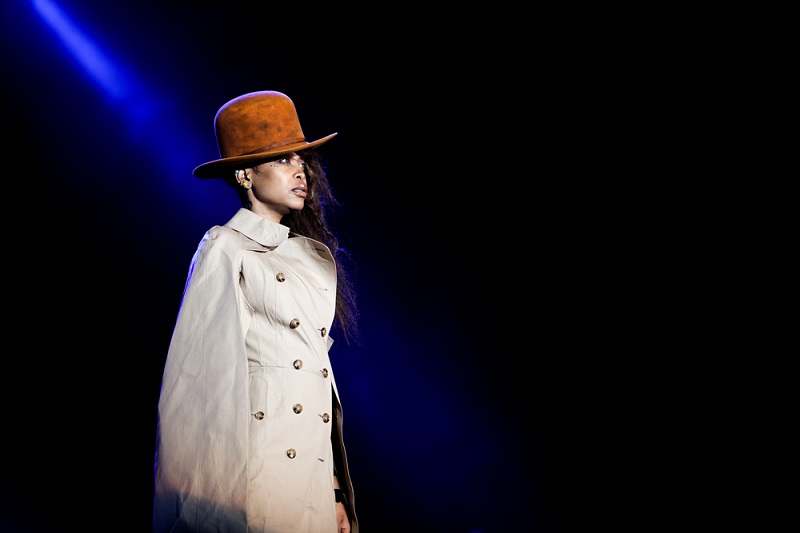 The opening track from her Live album, ‘Rimshot (Intro)’ neatly encapsulates a number of the facets that made Badu a leading figure in the late 90s neo-soul movement, most notably the fusion of jazz and gospel harmony with hip-hop and R’n’B grooves. Backed by one of the fattest sounding rhythm sections ever to be captured in a live recording, Live showcase Erykah Badu’s vocal ability in a relatively stripped-back environment and received critical acclaim upon its release, later being certified double platinum.

In fact, Live is often cited by bassists as being particularly influential due to Hubert Eaves IV’s incredible tone, phrasing and time feel; the core trio instrumentation of drums, bass and keyboards allows every single one of Eaves’ notes to be heard (and felt) clearly.

With an intro built on an interpolation of the melody of Miles Davis’ ‘So What’ (albeit with a swung 16th hip-hop feel), Hubert Eaves offers a low register R’n’B take on Paul Chambers’ classic bass part, playing it an octave down and replacing the slides at the end of the original phrase with gospel-influenced left hand ‘shakes’.

The main chorus groove of ‘Rimshot (Intro)’ revolves around a descending figure than outlines C minor – you’ll need a 5 string bass to really capture the spirit of the original and recreate the weight of the low C notes. For the verse, the bass uses a cleverly thought-out 4 bar pattern that features an adaptation of the chorus part – notice just how much space Hubert Eaves IV leaves whilst still maintaining a strong supportive role.

This song, and indeed the entire Live album had a massive influence on my approach to bass playing and, more specifically, to the importance of tone. Sifting through various internet forums reveals that Hubert was using an MTD 535 through a Galien Kruger head and Hartke cabs – unfortunately the reality is that even with his setup I wouldn’t get his sound; the tone is in the fingers, not the gear.