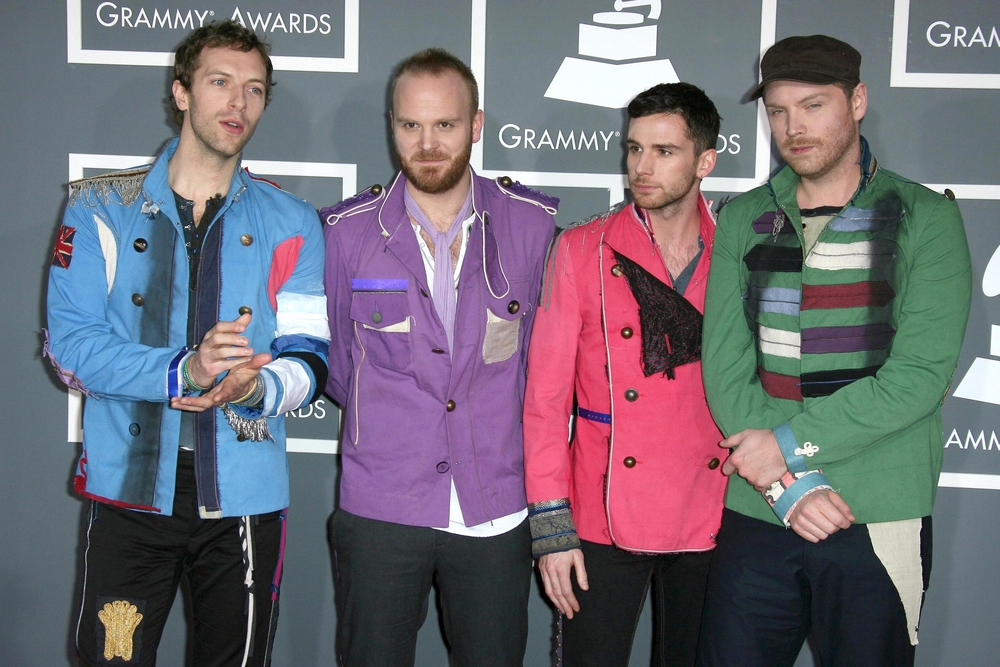 Some years before ‘Yellow’ – and before Coldplay had ascended into the ranks of corporate rock demigods and frontman Chris Martin hadn’t got involved with any A-List actresses or named his children after pieces of fruit – Coldplay were just another indie band from Oxford who were attempting to win over audiences who wanted something less challenging than Radiohead but not as bland as Keane.

2000’s debut album Parachutes proved to be their breakthrough, driven by a series of successful singles: ‘Shiver’, ‘Don’t Panic’, ‘Trouble’ and their signature song for many years, ‘Yellow’. The song gave the band their first top 10 UK hit

Bassist Guy Berryman wastes no time in getting straight to the point – root notes played in constant quavers with a fat, slightly gritty sound. This is pop-rock bass 101, a seam that many players have been mining for decades (Adam Clayton of U2 being the leading exponent, with respect to both execution and earnings). The prechorus continues with the same rhythmic feel, but Berryman steps of the root-notes-only indie stereotype and give us some melody, neatly navigating his way around the chord sequence while hinting briefly at some inversions.

This tune is an excellent starting point for those who are relatively new to reading, or to the bass in general – there isn’t anything too taxing rhythmically, but the key signature makes the prechorus line tricky to read on first pass if you’re not confident in the ‘grey area’ of the fretboard between the 5th and 12th frets. Playing constant 8ths at the relatively slow tempo of 86bpm is good practice for plucking hand finger alternation, and even those of us who have been playing for some time will recognize the challenge of executing every single note at exactly the correct length and dynamic level.