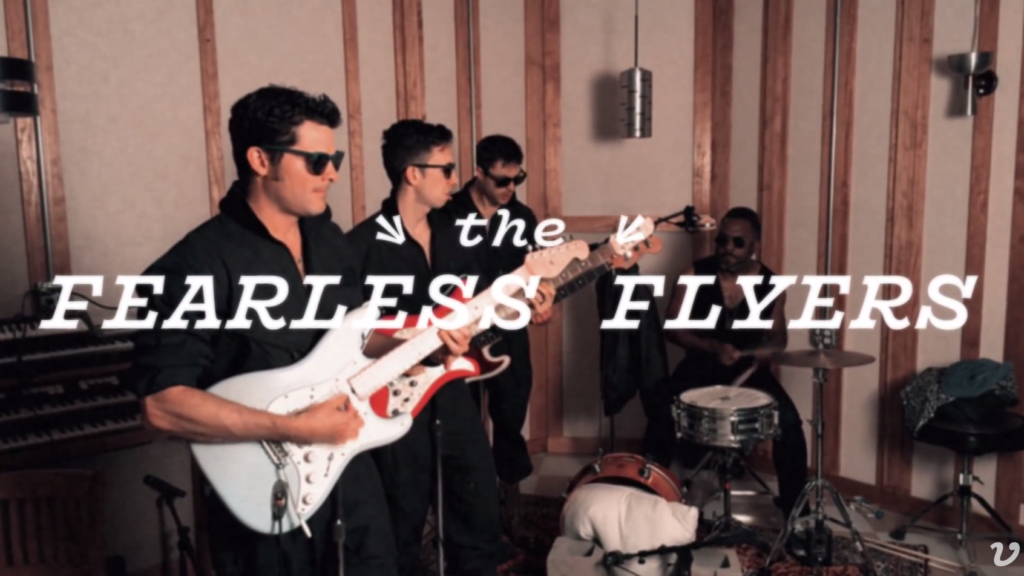 Is it a bird? Is it a plane? Nope, it’s Ace of Basses Joe Dart. And he’s back. With a slap bass solo. Normally those three words make me feel extremely nauseous and give me flashbacks to a misspent youth watching VHS tapes of Stu Hamm abusing a Kubicki Factor whilst clad in an awful Hawaiian shirt, but in the case of Ace of Aces, I’m willing to make an exception.

Vulfpeck’s head-bobbing bassist is in fine form on the first cut from The Fearless Flyers’ self-titled debut, where he seems equally at ease with delivering both sparse funk grooves and a not-so-sparse solo.

In terms of analysis, there’s actually not that much to say; after 4 bars of Nate Smith proving that the grooviest drummers only need a 3-piece kit, we’re greeted by a unison riff that firmly outlines an E major tonality. I’ve neglected to put any chord symbols on the chart, because ‘Ace of Aces’ is a 1-chord funk affair; 2 minutes of (almost) nothing but E7  – like every jam night you’ve ever been to, but better.

Joe Dart gives us a lesson in Funk Bass 101 by opting for a classic approach to the main groove – a low E to mark beat 1 of each bar followed by a sparse, repetitive groove which is embellished with fills every 4 bars.

On to the main event: the solo. Harmonically speaking, we’re not breaking any new ground here, but the solo contains tonnes of classic dominant 7th chord vocabulary for the aspiring funk bassist – the phrases are almost all derived from the E mixolydian mode  (major scale with a flat 7th) or the E minor pentatonic scale. My particular favourite is the lick Joe plays in bar 42 – not just because it’s the only non-slapped bar of the solo – which begins with the classic funk ‘shake’ between the minor and major 3rd of the E7 before rapidly descending into an interesting minor pentatonic phrase.

Now seems like a good point to say this: if you’re young, want to sound like this and don’t know about Larry Graham*, then it’s time to do your homework.

*also (but not limited to): Louis Johnson, Bootsy Collins, Bobby Vega, Me’Shell Ndegeocello, The GAP Band, Slave, The Fatback Band, Prince, even Flea (but stick to his output from 1989-1999, please)