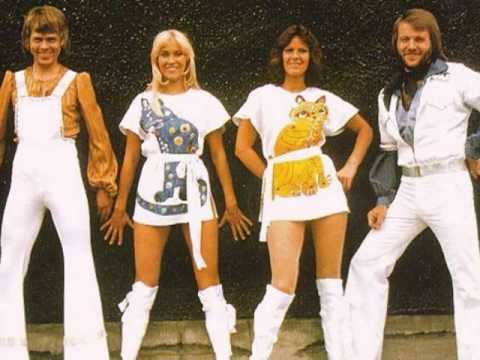 The first of four singles from the band’s third album (inventively titled ABBA), ‘Mamma Mia’ provided the Swedish group with yet another massive chart success – the song spent ten weeks at number one in Australia and managed to knock Queen’s ‘Bohemian Rhapsody’ off the top spot in the UK at the beginning of 1976. While many of ABBA’s releases feature the bass work of Swedish session maestro Rutger Gunnarsson, ‘Mamma Mia’ and several other of their most famous hits (including ‘Gimme! Gimme! Gimme!’, ‘S.O.S.’ and ‘The Winner Takes It All’) are underpinned by British bass player Mike Watson.

If you’re the sort of person that plays in cover bands that are required (or even choose) to play ABBA songs then chances are that this has appeared on a set list. If it hasn’t then it’s only a matter of time…

The name of the game for the bass part of ‘Mamma Mia’ is momentum. From the very first note, Mike Watson’s bass line drives the song forward – his part has a clear rock (at times, almost punk) influence, which differs from other ABBA studio bassist Rutger Gunnarsson’s more soul-tinged playing.

Note the simple use of switching from quarter notes to eighths between the introduction and the verse sections, which serves to propel the song forward. In the second half of the verse, the driving quarter notes are maintained, but Mike uses octaves to maintain the listener’s interest.

In the prechorus, the bass matches the vocal phrasing, adding rhythmic punch before serving up a clever repeated sliding phrase that neatly fills a gap left by the vocals.

The chorus section is somewhat unusual for a pop smash hit in that the chorus bass part is, well, non-existent. Mike comes storming back in during the tag section of the chorus with a great descending line and swiftly returns to driving eighth-note lines.