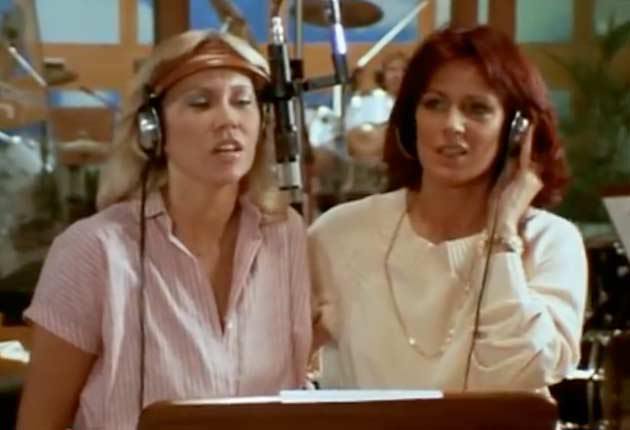 Released in 1979, ‘Gimme! Gimme! Gimme!’ is one of ABBA’s most obvious efforts to replicate the sound of the disco movement that was sweeping the USA. As such, there are plenty of signature disco moves in Mike Watson’s unfaltering bass part that underpins the song.

Forget the awful Madonna song that sampled this tune – the original is a disco-pop gem and a serious bass workout, which requires a great deal of stamina and technical accuracy to perform with any authority. This is one of the few ABBA hits that doesn’t feature ‘regular’ bassist Rutger Gunnarsson; Mike Watson’s playing also anchors other ABBA hits including ‘Mamma Mia’ and ‘SOS’.

The bass begins by doubling the synth’s tight 16th-note part, but soon strays to provide some ear-catching hammer-ons in the upper register. This melodic sensibility continues into the verse, with the bass doubling the vocal in the first bar before settling into matching the synth’s staccato groove. The prechorus and chorus sections feature lengthy octave workouts, which will test the stamina of your left and right hands to maintain consistent articulation.

When transcribing the chorus, it was often difficult to tell whether some of the octave notes were popped or just played hard with the fingers; if you’re playing it then you can adapt according to just how much slap bass you (or your bandmates) like to hear.

After the second chorus, it’s definitely time to break out the thumb and slap away to your heart’s content – the underlying harmony at this point is D minor, so here’s a golden opportunity to let rip with all your best licks.

As an aside, it should be noted that this version of the track!’ also exists. If you listen carefully, you can almost hear the leather trousers: