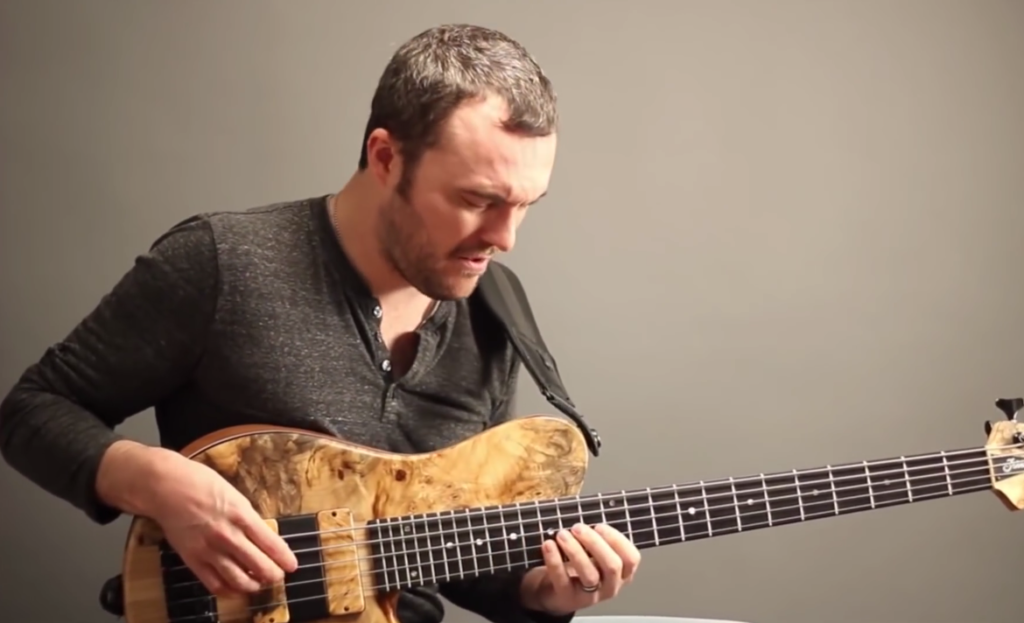 Here’s part 2 of Janek Gwizdala’s masterclass at ACM Guildford in March 2007 (in case you missed Part 1, you can find the video and the pdf transcription here). In this video, Janek discusses how he came to playing the bass, his early mentorship with Laurence Cottle*, how he got his ferocious level of technique together and how he practices (or, at least, how he practiced circa 2007).

*If you’re not familiar with who Laurence Cottle is or just how insane his playing is then stop right now. Laurence is, for my money, the finest electric bass player in the UK today by a significant margin and, in my opinion, doesn’t get nearly enough recognition in the mainstream bass world. Check out this live album, his big band arrangements of classic Jaco tunes, and him casually keeping up with Jeff Berlin at a trade show.

Back on topic. It took a while to write out what Janek played in this section of the clinic, mainly because he has a habit of casually reeling off 16th notes at 150bpm; I’ve recently put on my Big Girl Pants and transcribe everything at tempo, rather than using slow-down software to ‘cheat’.

As noted in part 1, Janek favours a 5-string bass tuned E-C, so many of the examples are notated one or two octaves lower than played to save using hundreds of ledger lines or resorting to the dreaded treble clef.

All of the words and most of the notes can be seen here: Janek Gwizdala Clinic 2007 Part 2

What’s especially revealing in this clinic is that it shows ‘how the leopard got his spots’, so to speak. Janek’s skills have been forged through an incredible number of hours spent on just two things:

▪ Hanon exercises for technique
▪ Transcribing and learning solos from other instruments

In other words, using exercises derived from scales and arpeggios in different permutations to cover many musical possibilities and develop fluency on your instrument and then using that technical facility to help assimilate language taken from masters of improvisation.

Or, put it another way… Use music to get better at music.