It’s finally here. The last instalment of the Groove of The Week series – what should have taken a year has taken nearly 3, but better late than never…

Back To The Start

This groove is actually what started everything; I remember getting hold of the Joshua Redman Elastic Band album Momentum (2005) when I was a student and immediately got hooked on the combination of jazz harmony and deep groove that ran through every track. Momentum features a number of guest musicians throughout the album, but because I’d, errr… ‘acquired’ it I didn’t have access to the cd liner notes to see who played on each track; I could hear that one of the bassists sounded like Flea, but there was one groove that totally floored me:

I’d never heard anyone play a groove with that feel before – this was some years after Pino’s laid back grooves on D’Angelo’s much-lauded, behind-the-beat masterpiece Voodoo (2000) and J Dilla’s brand of ‘drunk hip-hop’ was old news, but this was something else. I had to know who it was and how the hell they could sound like that.

And so began my 12-year (and counting) love affair with Me’shell Ndegeocello; she and Anthony Jackson have the rare ability to make me feel like every single note that they have ever played is absolutely perfect. 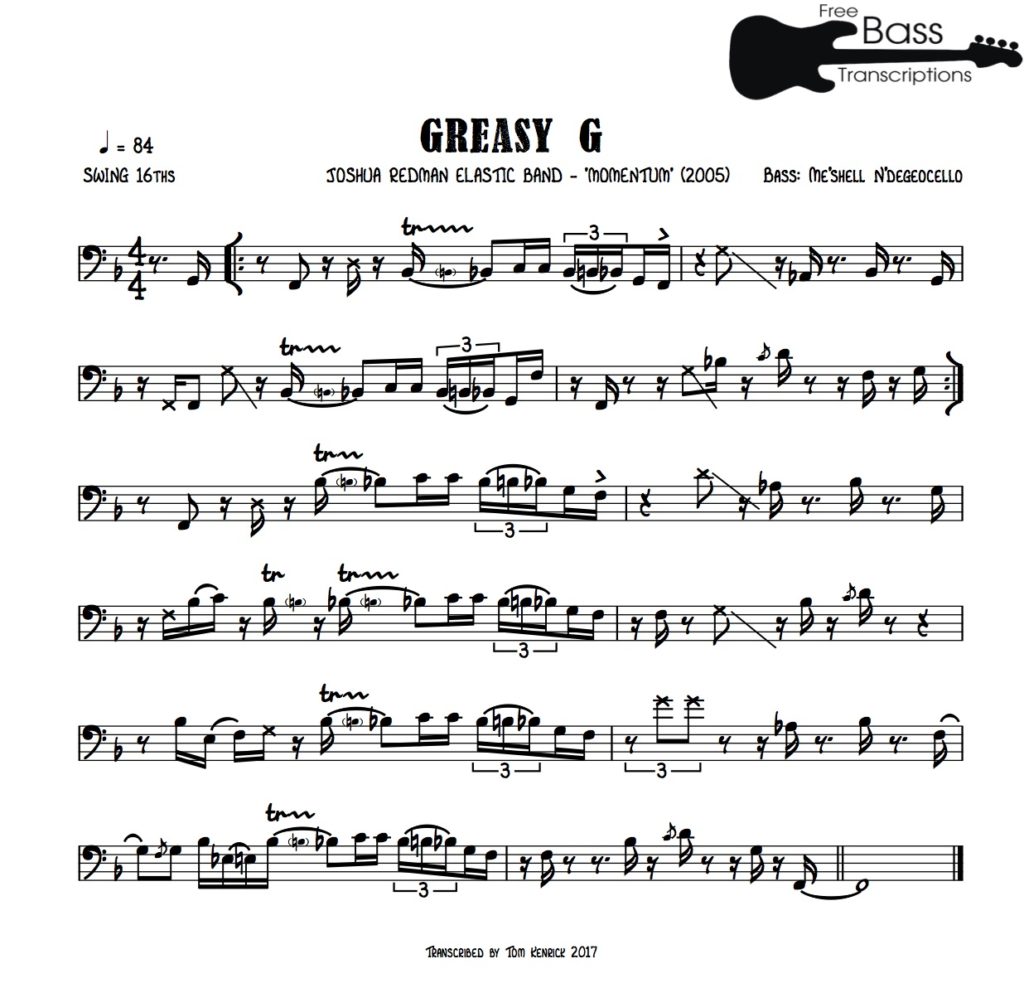 So, how do you get to sound like that? This was by far the most difficult Groove of The Week track for me to get the hang of; I’m not claiming to even be in the same ballpark, feel-wise, but here are my two cents:

Listen, listen, listen. Then listen some more – every aspect of the music needs to be in your bones.

Record yourself. Listen critically (analyse your waveforms, if necessary).

(Here would be a suitable place for a Whiplash reference, but I thought it one of the worst things ever – Rocky for jazz drummers.)

The point of this is that you can’t be objective about your playing while you’re playing, because too much of your brain’s ‘bandwidth’ is taken up with the act of playing. Recording yourself is a brutally effective mechanism for finding out how you actually sound, not how you think you sound. I have a hunch that this is the reason that session greats such as Steve Gadd, Anthony Jackson, Bernard Purdie and Nathan East sound so incredible – they have heard their playing on tape countless times, allowing them to develop a total understanding of how to internally direct their playing to achieve the desired external sound.

This is getting worryingly metaphysical, so let’s wrap it up here. May the groove be with you.